Ten years ago, in the autumn of 2012, I wrote a draft of a children's story and provisionally called it A Cat for Christmas. The inspiration for the idea came from an image I had of a young girl who was bravely facing up to a black panther. The panther I envisaged is actually a local legend in the Forest of Dean, a beautiful area of Gloucestershire where I lived for fifteen years. Over time, many people have said they've seen the panther or at least evidence of it. As I began to write, a Christmas adventure unfolded for Jamie, a ten-year-old boy from London who goes to stay with his Forest of Dean grandfather - his Grancher Pete. As well as discovering that his Grancher is searching for the panther, Jamie also meets three traveller children, Caro, Finn and Molly, and is intrigued that their outlook and way of life is so different from his own. When Jamie becomes lost in the snow and puts himself in danger, his new friends and their ways are needed to help him get home.

The Story Gets A Test Read & A Launch

While I was writing, I was also teaching at an international school in Amsterdam. When the draft story was complete, I asked a colleague if she would read it, to see if it worked for my target audience, children aged 8-11. She came back to me full of enthusiastic feedback and asked if she could read the story to her class in the run-up to the Christmas break. I had such a lovely response from the children, including some fun letters and art work,  that I decided to go ahead and publish, with the new title Footprints in the Snow. I was interviewed for a class magazine and we had a book launch in the school library, which was all a lot of fun!

One of my favourite pieces of art work!

The Story Begins to Grow

Several people wanted to know more about the secondary characters in the story, such as the other family members of the four children, and also asked whether there were going to be more stories involving Caro, Finn, Molly and Jamie. At the time, I felt that Footprints in the Snow was a stand-alone story and I didn't have any plans for any further adventures.

It took nine years to realise I was wrong! In 2021, when I wrote Save the White Stag, it became a sequel to Footprints in the Snow, taking place in springtime of the year following the Christmas adventure. The story is about another famous Forest of Dean animal, the white stag. This time, Caro - aided by her grandmother and her little sister - rescue the white stag when they discover that it's in danger. It was at this point that I realised there was now potential for a set of four stories, in which each of the children could have a chance to be the main character; Jamie is the focus of Footprints in the Snow, Caro takes the initiative in Save the White Stag, and Finn and Molly will have their moment in the upcoming Trapped in the Tree and Molly's Friends.

The cover of Footprints in the Snow was designed by Nik at Book Beaver. In consultation with Nik while writing Save the White Stag, we decided to create this cover using the same book template. The colour scheme was changed to reflect springtime colours, and for the remaining two books, the same template will be used with their own individual colour schemes.

When I relocated to Maastricht in 2021, I met artist Kirsty Boar. At the time of writing, we are in consultation about illustrations for this set of stories. Kirsty's black line drawings are perfect for adding the visual element to the text. (Can you see the tiny boy who is sleeping on the stag's antler? It's a clever reference to Jamie's dream in Footprints in the Snow). 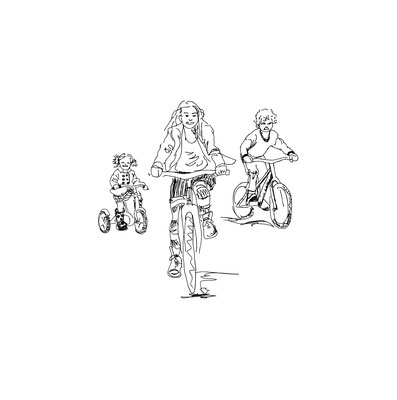 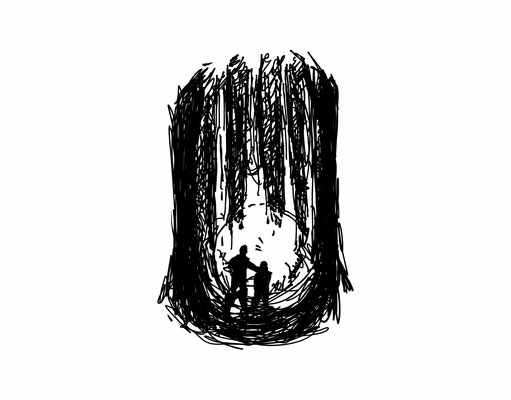 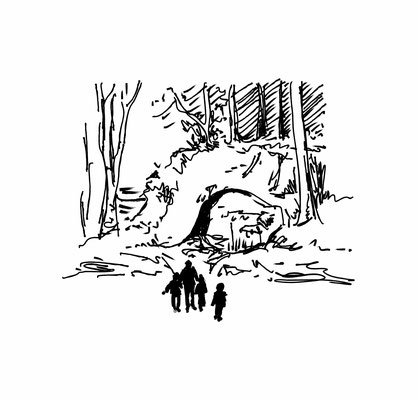 It's been a lot of fun and an interesting journey, to see how far these Forest of Dean characters have come since that initial image of Caro and the panther. I'm looking forward to the completion of the series in 2023.

Footprints in the Snow amzn.to/2zOwAww is in a Kindle Countdown until 24th December, along with The Wishing Sisters amzn.to/2JrOAof and The Things We've Seen amzn.to/2NxMx56

You can find out more about Footprints in the Snow, Save the White Stag and other stories at Books , and read extracts for free at Read For Free. All stories are available as ebooks and paperbacks at Amazon and at the Dean Heritage Centre in the Forest of Dean, Gloucestershire. They are also available for loan at Gloucestershire Library Service, via Coleford Library.